Lovers of type, rejoice! The second issue of Type Life is out. Published just in time for the holiday season, SWTY Publishing again brings a cornucopia of visual inspiration that will warm the cockles of the typographer’s heart. On 36 pages – a whopping 16 more than in the inaugural issue – Swiss Typefaces presents insights into their cosmos of style, fonts, and fashion. Type Life is the only place where you’ll find both Rihanna and Rudolf Koch, where social media snippets are framed by engravings from the Caslon type foundry, and where a douk-douk knife ends up next to a 15th-century Danse Macabre. As usual, Type Life doesn’t make many words, and instead shows plenty of letterforms. Printed in no less than seven Pantone spot colors, the publication features rotated and mirrored words, slanted roman page numbers, radial gradients and all the other things your design prof wouldn’t approve of.

At the center of issue 2 is Sang Bleu. That’s the name both of a typeface from Swiss Typefaces, and of an independent multi-disciplinary media platform and creative agency. The two were initiated together and share a common history. From the very first incarnation in 2007 to the new SangBleu typeface completed in 2017, the SangBleu typographic identity has built a legacy for itself. Many SangBleu fonts debuted in the Sang Bleu magazine, a publication about fashion, tattoo culture and more. Some of them later made their way into the Swiss Typefaces catalog of retail fonts, others remained private, like the runic-looking SangBleu Sex. Yet others were at one point available for licensing, but now are retired, like the supertight SangBleu G-String. 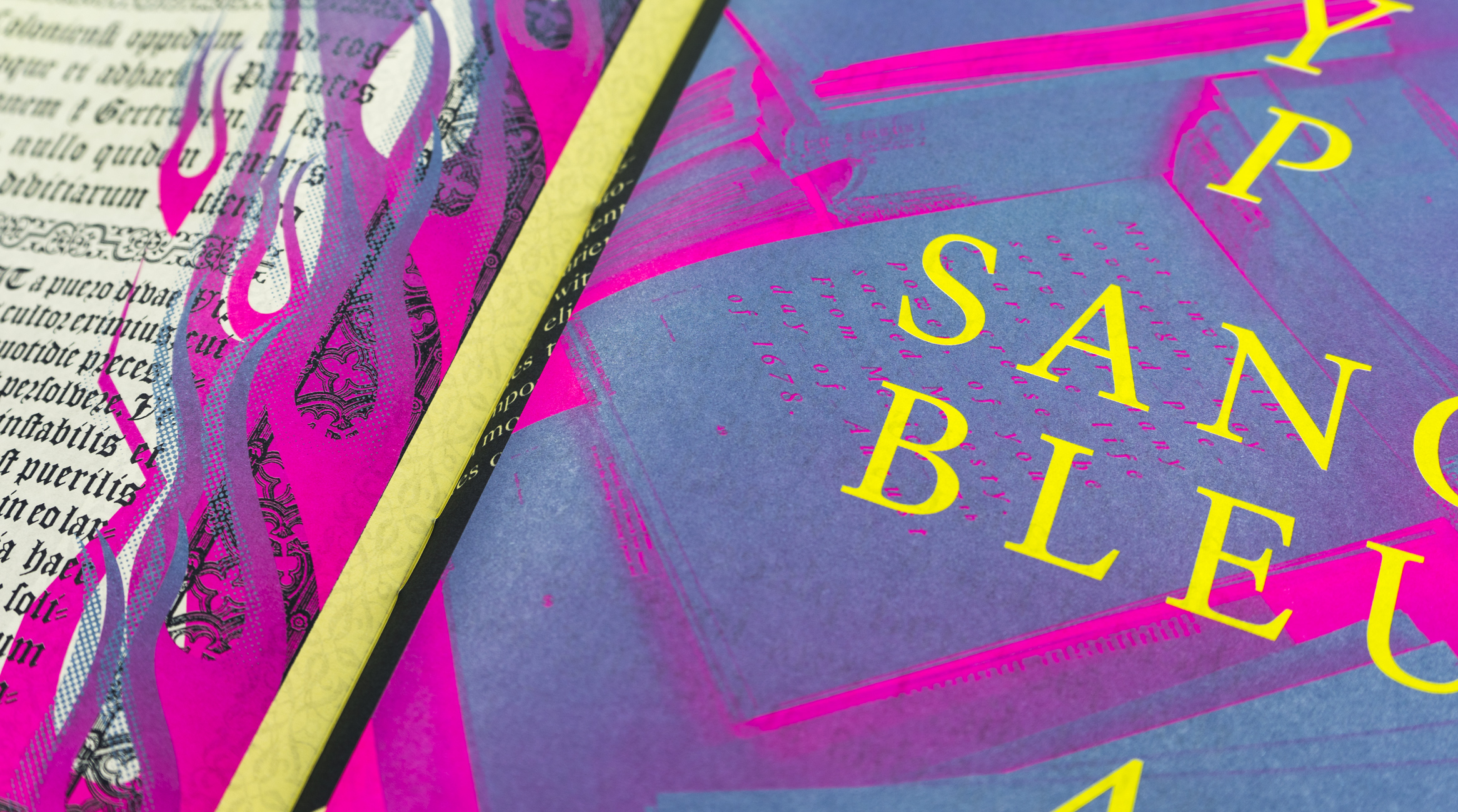 Since 2010, Vogue Magazine commissioned several custom versions of the SangBleu typeface from Swiss Typefaces, for their Brazilian and Turkish editions. SangBleu Vogue Turkey is based on the Sans, with the dots of Ü vertically arranged within the interior shape, so that all-caps headlines can be set big, with minimal line-spacing. SangBleu Vogue Brazil is derived from the Serif, with longer serifs and luscious swash capitals. Type Life shows reproductions of covers and feature pages, next to remix versions that give a hint what Vogue would look like if Swiss Typefaces were in charge.

Swiss Typefaces doesn’t do scripts, right? Wrong! SangBleu Snakes is a script variant of SangBleu, or, more precisely, a partly connnected cursive, with swash alternates, crazy ligatures, and twitchy strokes that look like the typographic equivalent of static noise. This experimental font is here shown in detail for the first time, together with an in-use example from 2014, when it appeared on a limited-edition series of skateboards.

Each issue of Type Life features a guest artist. This time it’s Studio Jimbo from Paris. In their contribution, letterforms from the SangBleu and KRSNA typefaces dissolve in a blizzard of halftone dots, with a death’s head staring at you from the eye of the storm. This leads to an introduction of the all-new SangBleu typeface, released in October 2017 in five full-featured collections – Empire, Kingdom, Republic, Versailles, and Sunrise – each in a range of weights with matching italics, in Latin and Cyrillic, spanning 45 styles in total.

The fonts are accompanied by a prestigious book release. “SangBleu Typeface: The King, His Court, The Explorer & The Gift” is more than a formidable printed specimen: It includes a short novel by Daniela Party, specifically written for this purpose. Set in the 17th century, it narrates the story of Metzli, an indigenous Mexican woman who is captured and sent as a gift to Louis XIV, the Sun King – a gift that would set off a series of macabre events involving witchcraft, lust, envy, and death. The book is available in a limited edition of 1,000 copies.

Finally, the back cover offers a glimpse into Euclid, the best Geometric Sans typeface ever, which has just been expanded with four new collections. Chances are that this typeface will be featured in depth in an upcoming issue of Type Life. In the meantime, order your copy of No. 2 and dive deep into SangBleu.